skip to main | skip to sidebar

Yes! The Winston Salem band IQ9 featuring Mister Will Safrit singing "Pushover" along with Brian Doub, Eric Jackson and John Bryan can be heard on this clip taken from an October 1993 skate videotape known as 411 VM #3 - Houston Shut Up & Skate! Fo Realz! 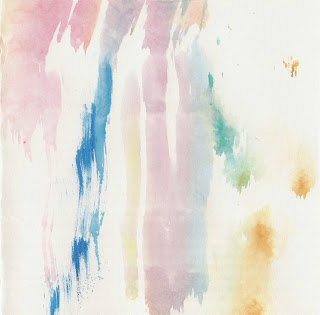 Jay Dunbar was born in Pittsburgh and moved around a lot until he attended middle and high school in Kentucky. He earned a degree at NC State and then returned to get involved in the Lexington scene while fulfilling his scholarship to attend graduate school. While living in Kentucky he met Brian Osborne through a friend of a friend. They started exploring and playing 'Jazz stuff', because Brian was heading in that direction with his drumming and Jay had just gotten a double bass. Jeff Chapple came on the scene there and the three started playing together with others in an informal weekly gathering that became known as CHURCH. These gatherings were the seed for the GEORGE STEELTOE ENSEMBLE, with saxophonist Lathan Hardy joining the trio whenever he would come through town about once a month.

"This is a GEORGE STEELTOE disc called the NO LABELS SESSION that was originally intended to be a release for selling on tour, but when Lathan Hardy listened to it he said, 'Man, that's not just me on sax!' So we realized it was most probably Daniel Carter. We had already made up all the CDs and hadn't credited Daniel. My idea was to just make new labels or something, because these are great cuts, but it was put together last minute before tour and we decided we just couldn't put it out. Definitely not without a clear credit to Daniel who is such a huge influence on our sound and approach. As a result I don't think ANYONE has a copy of this! It's a great release because it has this beautiful abstract watercolor cover and the sounds are pretty strong. So, I think it's high time we correct this long forgotten oversight and put it on the WBTPR Blog. Daniel is a good friend, so he's gonna love to hear that the music is finally out there, and I think Brian would be pretty excited, too. As far as the Free Jazz world is concerned, Peter Evans is a superb trumpeter and Jeffrey Shurdut is an excellent yet controversial artist and guitarist. It was a great cast of players and a memorable session."

"There wasn't really a lot of GEORGE STEELTOE stuff that was released anyway. There's the one LP which was the most carefully constructed release. We made 500 copies and did the covers with something like 4 passes on a letterpress. So, it was time consuming but turned out to be a really beautiful product. That was the big one, and this one that was never released was intended as a followup tour piece. I think there is one more release Brian has more recently put together with a different cast of characters, because he still does STEELTOE jams in Brooklyn. The way I always envisioned GEORGE STEELTOE was as a franchise if you will, where if we wanted to; me, you, Eric Jackson and John Bryan could do a STEELTOE show. Me (Jay), Brian Osbourne, Jeff Chapple and Lathan Hardy invented it together, but we always brought other people in and it's always been pretty loose. It's not as much like a band as it is a concept. It's an approach, which is; totally Free, wide open, careful listening, with a Jazz aesthetic involving bass and horns. GEORGE STEELTOE is always a push and pull between a players project and an audience driven experience. Meandering can be great, but it doesn't necessarily lend itself to a good recording or listening experience. The LP that we were able to get so much good material on, was from 2 full days of recording. Something like 5 hours of tape.

"This unreleased recording is going to be great to hear, especially in the format you're working with on the WBTPR Blog. It's a complete package that's beautiful, and I'm really proud of it. Brian made the brilliant see-thru stickers and I did the coverwork. I had these big sheets of paper, and I would put these various watercolors on a roller, and just roll along the paper. So you would have this strange continuity, where 4 or 5 would look similar with little variations. Doing this stuff for me has always been about how can you make it aesthetically interesting without spending any money. That's the challenge; can you do it really cheap but cool?"


Text transribed from interview conducted with Jay Dunbar by Samb Hicks, October 22, 2009. This is Part One of Five; releasing the information & recordings of Jay Dunbar on the Wherehoused By The Psychic Revolutiuon Blog.

Download the George Steeltoe Ensemble - No Labels Session: HERE
Posted by sambson at 12:12 PM No comments:

Corndawg was this super-awesome Alt Country singer /songwriter who first played The Wherehouse when Blake Tesh booked him for the Free Texas festival. For those of you who haven't kept track of Corndawg lately, he was in Philly for a long while (and brought The Extraordinaires down to play the building), moved to Nashville for a bit, and is now based in NYC. This week (March 7th around noon) he posted "I'll be at Rolling Stone Magazine for my video appearance with Moddle Brother for the next hour. Thank you. (not kidding)" on Facebook. And on top of all that his birthday is TODAY. Which is funny, cause mine's tomorrow! I know nobody's got extra cash laying around right now, but at least watch his video and chip in a couple of bucks if you can.
Posted by sambson at 3:58 PM No comments:

The Descendents Interview (not Wherehouse, but still great) 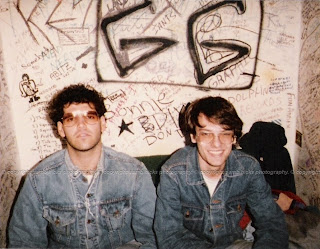 In a previous incarnation I was known as Sam Slam. I worked at a college radio station for one year before I dropped out. By the end of that year, I was basically living at the station. Sleeping on the couch in the lounge, so that if someone didn't make their shift, I could substitute. Not like I didn't have my own show, but the more airtime the better, as far as I was concerned. My show was called The Slam Show, and I was Sam Slam. I played whatever Hardcore and Punk I could find without cursing and eventually convinced them to let me play that after midnight (with an announcement made at every break).

Since I was always around, I ended up taking the station's mobile recording set-up to try interviewing The Bangles, who were playing our Spring Fling concert. The microphone was ridiculous and attached to the charcoal grey cinderblock of a recorder by a stiff industrial grey cable. I looked like a reporter from a 1970s Monty Python skit, but it was 1986! Needless to say I have no recording from that interview, because the infernal machine didn't work right. Lesson #1: check your equipment BEFORE you try to interview someone. It's just as well, as the interview with Susanna, Vicki and Debbi lurched to a stop when bass player Michael walked in. The fact that she had been in The Runaways and an obscure New Wave band I liked called Slow Children, had absolutely nothing to do with it. I stopped breathing and was literally struck dumb to such a degree that I had to leave the dressing room. Interviewus interruptus. I felt like the DJ on Northern Exposure who lost his voice to a lovely stranger.

I ditched the ten pound antique station equipment and bought a Walkman with a built-in microphone the size of a pencil eraser. It worked beautifully. I interviewed a band called The Sociopaths that I attempted to manage for about a month. In a primitive attempt to produce it for airing, I played a song off their demo cassette, then the unedited interview and then back to the demo on my next Slam Show. Then I transcribed it and got it published in Tate Harmer's Psychedelic Print fanzine out of Charlotte. The print version is all that remains. Lesson #2: edit and polish the thing BEFORE you put it on the air.

I added a nice compact little disc camera (an outdated format from the 1980s) to my equipment list for snapping live action shots and pics of me with famous musicians. LOL! Whenever I could, I'd go with anyone that was driving to shows in other towns. I ended up doing interviews with the Canadian band D.O.A., the drummer for Reno Nevada's 7 Seconds, the drummer for California's The Descendents and the Athens Georgia band Mercyland. I got to talk with The Dead Boys on their final tour, but can't honestly remember why I didn't have my walkman with me. (Though I did manage to get some righteous photos.)

The interview with Bill Stevenson of The Descendents was recorded @ the Brewery in Raleigh, North Carolina; March 4, 1987. My best friend from highschool Jimi 45, had also become a Punk & Hardcore DJ at a college station up in Boone, North Carolina. We traded questions so we could play the interview on both stations and have it make sense for our separate shows. I took a picture of him with Bill and he took the one of me. At this point the picture of Jimi seems lost to the ravages of time, though a negative could still potentially pop up one day. I've gone ahead and put a watermark on the pictures, just to protect them from ending up in someone's book or documentary or on a bootleg cover without my knowledge or permission. If you legitimately need to use them contact me:
sambson@gmail.com

Much respect to Bill for being so gracious as to let us corner and question him while still sweat-drenched from smashing out an awesome show. And yes, I'm aware that the audio for the songs is shaky, and I could have replaced it so very easily with a personal computer. My respect for the Descendents is such that I wouldn't want to in any possible way infringe on them or impact their publishing rights. So the songs have been left as crappy bootleg quality on purpose. Thanks to The Brewery for being there and supporting the scene. This one's for Jimi.

If you enjoy the music, the songs are: Hectic World, Der Weinerschnitzel, Hurtin' Crue, Kabuki Girl. Buy the Descendents music.

Get the interview HERE.
Posted by sambson at 9:47 PM No comments:


In 2005-06, Savannah, Zach and Devin kick out some of the most primal Pop ever heard in Winston Salem. Though they were technically not Wherehouse residents, their first 13 songs were recorded there, and with the amount of shows they played there; it seemed to be an unofficial home base. I'm hoping to do a much talked about interview with Zack and Savannah, so we can post their entire output titled, TALES FROM THE 14TH DIMENSION here on this blog!

Posted by sambson at 7:42 PM No comments:

Well, several years later, look what we have here...It's Eltron John performing "Benny & The Jets" @ The 2009 Wherehouse Halloween Party! The opening act was fabulous, but terribly underlit. Please excuse the dark footage, but enjoy the show!
Posted by sambson at 9:57 PM No comments:

Here's Will''s second video of MB around 1996. (still have to be a Facebooker to watch)
Midget Barmitzvah Vid #2 (on Facebook)

Posted by sambson at 7:30 PM No comments: